So, you want to know about the sick fuck behind Black Mist?  Wow, that's a surprise.  What are you on?  Well uh, anyway, whether your here because of morbid curiosity or intense boredom, you're gonna get what you asked for, everything you ever wanted to know about me, and a lot of things you probably didn't want to know. 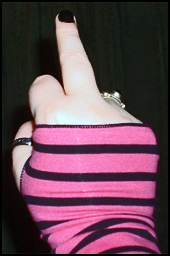 Handle:  Meeronver Darkhoof.  Simply Meer for short.
Other Aliases:  Sarah or Raven Paw
Birth Date:  January 29.  Wanna get me presents now? *grin*
Gender:  Androgynous.  This means I am both male and female at the same time.  I prefer not to tell the world which gender I was assigned at birth, that's kinda personal, don't ya think?  Just think of me as both male and female in the same body.  The pronouns I prefer are Xe/Xem/Xyr/Xyrs/Xerself.  But you could also use the He, She or them set too, if you prefer, it doesn't matter to me really, because they are all really accurate.
Location:  Physically, a small town in butt fuck nowhere, near St. Louis, Missouri.  Mentally, my own little world, a much more interesting place.
Status:  Happily attached to my mate, Kashamaro <3
Description:  Paleish greenish bluish eyes, short hair that is naturally: wavy and brown; artificially: straight, black and purple, pale skin, about 5 ft 6 in tall.  You don't really wanna know more than that do you?
Pets:  1 cat, Akila, 1 boyfriend, the aforementioned Kashi.
Obsessions:  Weirdness, Anime, My Little Ponies, horror, sci-fi, just about anything bizarre, creepy or twisted, surrealism, furries, animals of all kinds, mythical creatures, particularly gryphons, dragons, and unicorns, gargoyles, books, computer games, music, lots more.
Label:  I guess if you wanted to label me you could call me a Gothic Freak Furry Gamer Geek Anarchist Tree Hugger.  Yeah, whatever.

Music:  Classic Rock, Hard Rock, Alternative, Heavy Metal, that and weird stuff, like Enigma.  I also really love some Japanese music, but I don't know what genre it is.  But I like a lot of other things too.  I'm open to just about anything as long as it isn't country.

Movies:  Psycho, The Lion King, Fight Club, The Last Unicorn, The Haunting (the original), Monty Python and the Holy Grail, Silence of the Lambs, Hannibal, Lord of the Rings, all of Kevin Smith's movies, all the Alien movies, all the Die Hard movies, all the Harry Potter movies, The Shining, Labyrinth, The Princess Bride, so many, I love movies.

Books:  The Shining, It, Watership Down, The Dark Tower Series, The Black Gryphon, Mrs. Frisby and the Rats of NIMH, Pet Sematary, The Earth's Children Series, Red Dragon, Silence of the Lambs, and Hannibal.

Animals:  Oh man, I can't pick favorites! I love all animals.  But, some I really love are, cats, rats, dolphins, horses, snakes, ravens, crows, all raptors, cockatiels, dragonflies, ferrets, foxes . . . see? I could go on and on.

I sleep with stuffed animals.
I have Asperger's syndrome
(This basically means that I have very mild autism mostly manifesting as trouble with social situations and extreme shyness.  Please keep this in mind if you contact me, if I seem like I'm being rude, sorry, I don't mean to be, I'm just being shy, awkward, and not very good with social cues.)
I'm extremely misanthropic and anti-social.
I feel much more comfortable around animals than people.
I'm agnostic leaning toward atheism.
I meow randomly.
My days and nights tend to be longer than normal, causing my waking/sleeping time to rotate around the clock gradually.
If I could be anything I wanted, I'd be a drummer in a rock band, a fantasy/horror writer, a furry/fantasy/horror artist, the owner of a large exotic animal farm, or someone who works with big cats to enrich their lives in zoos and educate people about them to protect them in the wild.
But I can't be any of those things cuz I suck.
I am unimployed.
I'm very obsessed with yaoi and slash.  There's just nothing yummier!
I'm a furry, my fursona is a unigryph.  That's half unicorn, half gryphon.  And my gryphon half is raven/cougar. So basically I'm a raven/cougar/unicorn hybrid, if that makes any sense.
If you have a problem with furries keep it to yourself, I really don't care.  I'm proud of who I am.
If you don't have a problem then awesome, you rock!
I prefer to be barefoot as much as possible.
I have a tendency to talk to myself when I'm alone.
I am proud to write my own code, that applies to HTML/CSS and Petz.  I write the code myself, in HTML-Kit and LNZ Pro, respectively.  I very rarely use Petz Workshop, and then only for small adjustments and things like that.  No offense to those who use things like Petz Workshop and WordPress, but I don't and I like it that way.  ;)
I collect model horses, old or unusual glass bottles, animal skulls, toys (mainly My Little Ponies, Care Bears, stuffed animals, Playmobil, and certain action figures), fingernail polish, and anything related to dragons, unicorns, gryphons, gargoyles, rats, ravens and crows.

Very fitting, since I've been playing petz since Catz 1 came out. Oi I feel old.  ;) 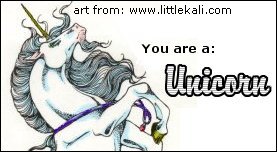 You are the most universal mythical beast ever. Sightings of the unicorn have been reported from all over the world, even in these modern times. Unicorns are pure and incorruptible. In China, unicorns symbolized gentleness, good will, and wisdom. Christianity links the unicorn with Christ. It is said that unicorns would only allow virgin girls to see them, let alone touch them. They were easily lured into fatal ambushes by a virgin with some poachers waiting for the unicorn in nearby bushes. A unicorn's horn was a highly prized possession, which was reputed to have great healing capabilities. With the touch of its horn, a unicorn could bring back a person who had been dead for several hours. But when detached from the unicorn's body, the magic was significantly reduced and could only protect against poison. The unicorn had the body of a horse, a unique spiraling horn, and a lion's tail. They were pure white in color. Congratulations, you are a rarity among mythical beasts. There aren't enough of people like you in the world.
What mythical beast best represents you? Take the quiz! 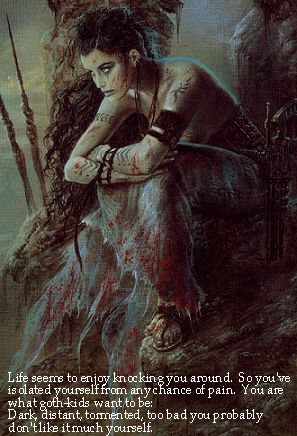 Which Ultimate Beautiful Woman are You?
brought to you by Quizilla

*looks at the current world's population* You must have a lot of frustration then. What pisses you off?
Created by ptocheia 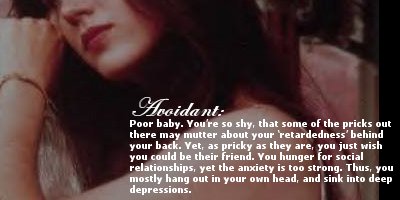 Which Personality Disorder Do You Have?
brought to you by Quizilla

That is exactly me.  I'm cut off from everything.  I try to reach out occasionally but it never works.  I guess I'll always be alone.  Eh, that's life.

Which Lion King Character Are You?
Created by CrazyCoasterCo.

Yay!  I'm Nala!  She's so cool.  But that's not a very good description of her.  Come on, you've seen The Lion King, Nala is a total dom.  "Kinda Submissive" my ass! 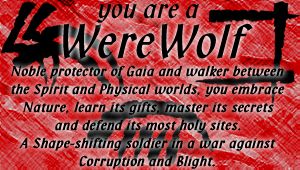 Take the World of Darkness Quiz
by David J Rust

Werewolf?  Phht.  I'm no wimpy wolfie.  I'm a wererat! Destroy the humans!  Up with the vermin! Bring on the Apocalypse!  Hell yeah!  Heh, okay so werewolves are cool too, but when one of your alter-egos is a wererat. . . 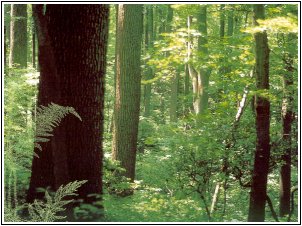 Where Do You Belong? brought to you by Quizilla

That's where I would be right now if I could.  In the forest is the only place I feel completely comfortable and at peace.  So much beauty.  No ugliness.  No stupid humans to bother me.  *Sighs contentedly*

bondage
What's YOUR sexual fetish?
brought to you by Quizilla

The Dante's Inferno Test has banished you to the Seventh Level of Hell!
Here is how you matched up against all the levels:

I'm going to the seventh level of hell!  Weee!  Heh, I thought I might end up in the second, which it seems I was very close to going to, (as well as 3 and 5!) but I guess I fit more of the categories for seven.  I'm one evil little freak aren't I?

You probably don't want to know any more now do you?  But if for some reason you do, or you want to send hate mail, death threats, sacrificial offerings, or whatever, please feel free to contact me.  I like that sort of thing.

One by one the penguins steal my sanity.